It wasn’t until the 20th anniversary of the American Gold Eagle coin series in 2006 that the United States Mint expanded the program to include a special burnished coin. Aimed directly at numismatists who collect and display or exhibit their beloved American Gold Eagles, the Burnished American Gold Eagle (also referred to as an uncirculated Gold Eagle) is struck using a special coining process that is similar to the one used in the production of proof coins.

The United States Mint begins the coining process for burnished Gold Eagles by loading all the blanks, known as planchets, into a spinning drum. In the past, this step in the process used wet sand as a friction agent that served as a polishing media to give the blanks a unique finish before even being struck. Today, the US Mint uses countless 6mm balls to create a smooth, matte-like finish on the surface of the blanks.

Once each blank has been sent through the spinning drum, the individual blanks are taken out one at a time by mint employees wearing white gloves. The blanks are then transferred by hand, again using white cotton gloves, to the coining press in order to avoid contaminating the finish of the blanks with oil and dirt from human skin, unlike the traditional process used in producing the “business strikes.” Each blank is then hand loaded into the coining press for striking. All blanks are struck under greater pressure than business strike coins and regular circulation currency, creating a striking finish. 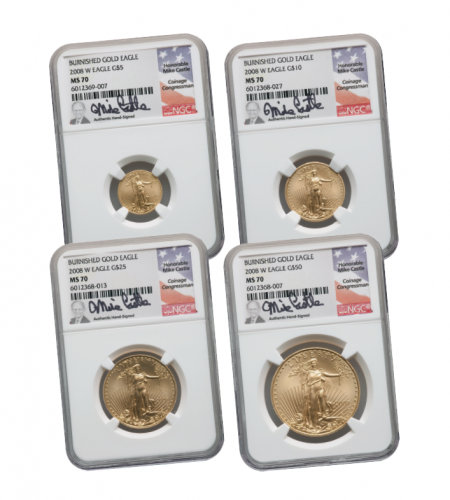 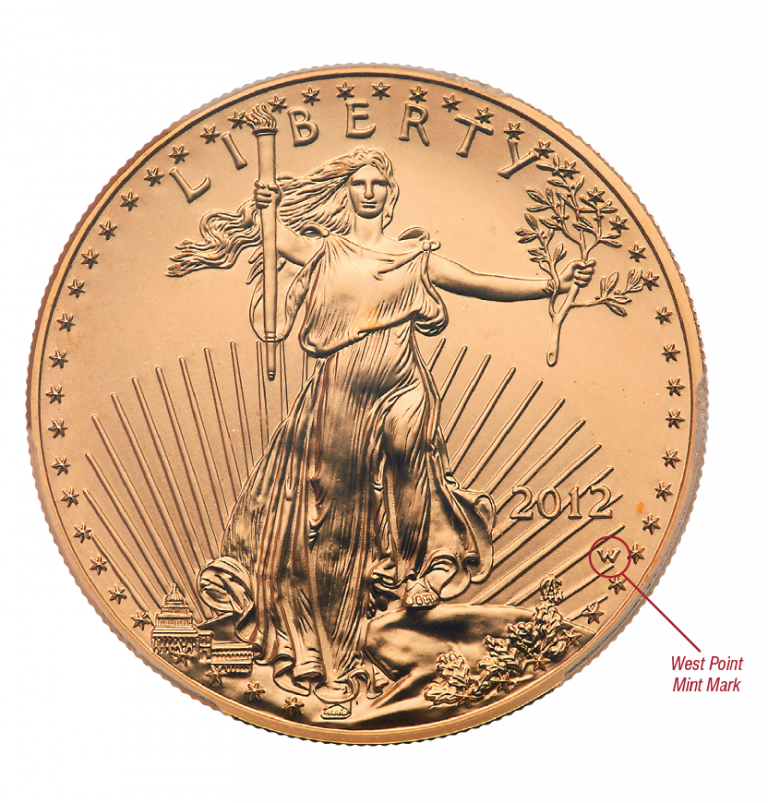 Although the Burnished American Gold Eagle undergoes a similar coining process to proof coins, the appearance of these coins is often compared more closely to that of the business strike coins in the series. The polishing process the coins go through before striking, along with the higher-pressure coining process, leaves each coin with a softly frosted appearance. The process also creates a more detailed appearance to the design features, such as Lady Liberty and the bald eagles on the reverse.

The design’s frosted finish gives it the appearance of floating above the background field of the coin, which is deeply mirrored. The major distinguishing characteristic for the casual observer is the presence of a mint mark on the Burnished American Gold Eagle. While the business strike coins do not feature a mint mark, all Burnished Gold Eagles have a “W” mint mark to identify the West Point Mint as the production facility.

Burnished Gold Eagles were originally available in all four weights with high demand, but following the 2009 halt in proof and burnished production, the Burnished American Gold Eagle returned with only the 1 oz coin available and mintage figures that were much lower. The most recent figure is 5,800 coins for the 2017 release of the Burnished American Gold Eagle, which is down considerably from post-2009 highs set in 2011 and 2014.