For those of you interested in the history of the United States, its coinage is one of the few representations still around to tell the story of a country that underwent many turbulent times, shaping our country into what it is today. Buying the right coins is crucial and can sometimes be difficult without the education. Its mintages, survival rates, and most all, the history of their origins are the determining factors that substantiate a coin’s value. United States coinage is loved by many for its historical significance, but also a hard-tangible asset, serving as one of the leading safe havens for one’s wealth over the last several decades. There are many areas one can collect in U.S. coinage, southern branch mint gold has proven to be most rewarding for its rich history, but for some, if not for most collectors, the monetary gains they enjoy over time is most intriguing.

When the words Gold Rush are spoken, many Americans think of California. However, the first United States gold rush occurred almost two centuries ago between 1800 and 1840 in the southeastern states. It all began in 1788, when young Conrad Reed found a 17-pound rock in Cabarrus County, North Carolina while out at play. His family used the shiny yellow rock for years as an interesting door stop. This gold find triggered America’s first gold rush in the early days of the republic while George Washington was president.

From this discovery, gold mining spread into the nearby Carolina counites and southern states. During its peak years, gold mining employment was second only to farming in the south. Over 1 million dollars a year was mined in gold in the early 1800’s. In fact, North Carolina led the nation in gold production until 1848 when it was eclipsed by the California Gold Rush.

Gold mining reached a fever pitch by the 1820’s. Unfortunately, gold miners were in a tough situation right from the start. Gold miners had problems converting their raw, unrefined gold into coinage they could use to trade for goods. The Philadelphia mint was weeks away, having to cross Cherokee Indian territory. Of course, the Cherokee Indians were a major concern, but to make matters worse, there were very few roads and many rivers to cross making it seemingly impossible. The roads back then were merely widened game trails. Those that sent their raw gold to Philadelphia not only experienced the rough terrain and steep transportation costs, but were also faced with the grave risk of loss due to the hands of bandits. The only alternative the miners had was to sell their gold production to local banks or merchants who generally scalped the gold miners with a 6% to 10% fee. 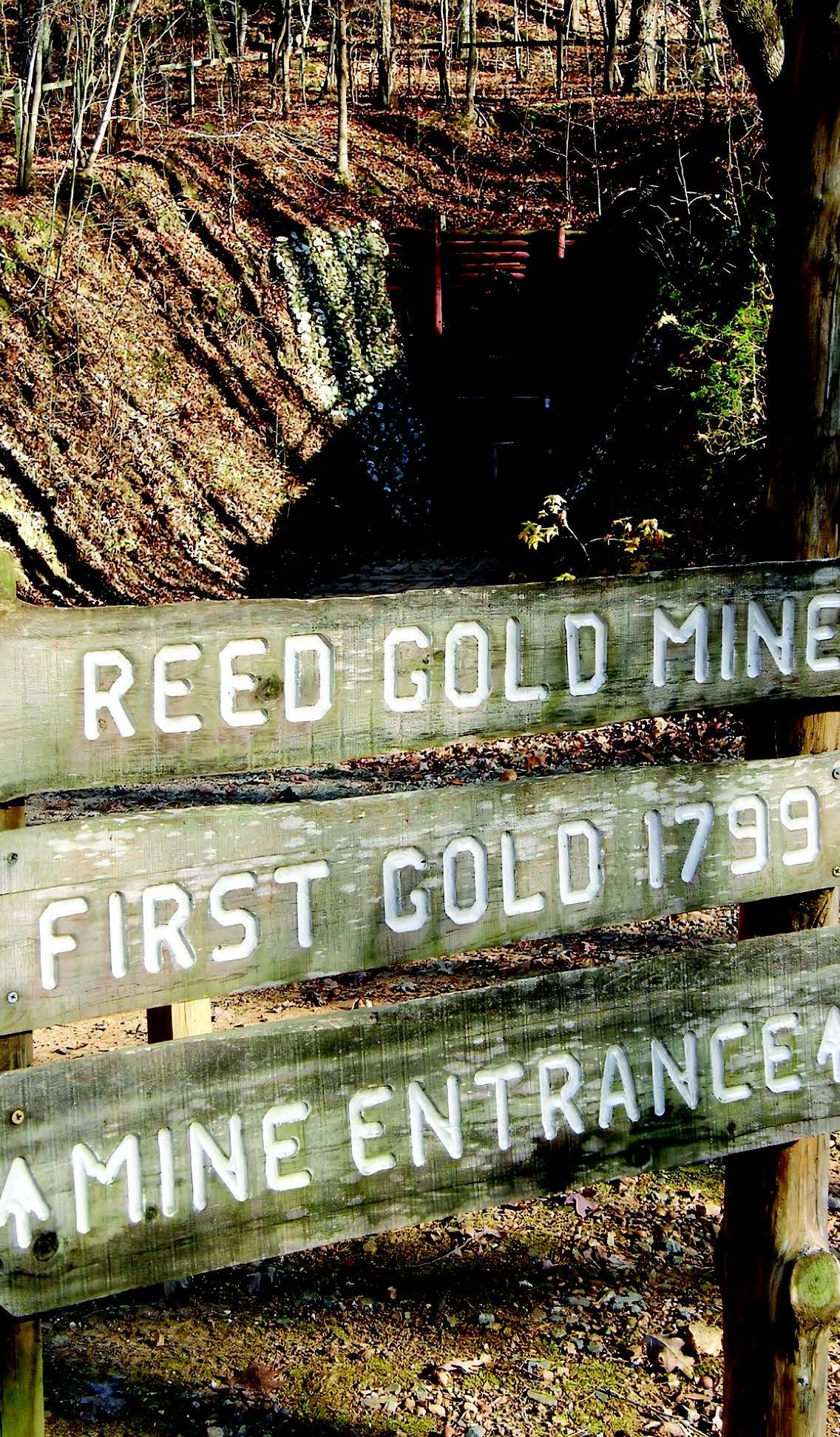 The gold miners in that era lived the daily dangers to make ends meet with many losing their small stockpiles and some even losing their lives. In 1835, the miners lobbied Congress heavily for government intervention. That is when President Andrew Jackson, hero of the Battle of New Orleans, signed the bill authorizing the opening of the official branches of the United States Mint in Dahlonega, Georgia, Charlotte, North Carolina, and New Orleans, Louisiana.

The Charlotte Mint’s brief history produced just over 1.2 million gold coins, with a face value of almost 5.05 million dollars. While there are only 50 coins to make up a complete date set of Charlotte gold, today they are very elusive as survival rates are but a fraction of what was produced form the Charlotte Branch Mint

If a present-day collector sees a “D” mintmark, they automatically assume that it was struck in Denver. This was not always true, because before 1862, this mintmark meant something quite different. Dahlonega, in northern Georgia, began striking gold coins in 1838 and continued to do so until the work was ended by the Civil War. The story of this little-known mint began nearly two centuries ago.