Most individuals wanting to enter the rare coin arena are usually troubled on what to buy. After all, it is important to understand what you’re getting into. Being a novice in rare coin collecting or investing can sometimes be dangerous. A lot of dealers are only interested in the money you are willing to spend and only suggesting coins they have available at that time. Just like in anything, it’s important to be goal oriented, and each coin you pick up needs to be a part of the bigger picture, which is your collection. Anyone can buy coins, but collecting and accumulating coins are two different things. The collection tells a story and the legacy  you leave behind of what you enjoyed most. Paramount Rare Coin takes pride in building collections for their customers, no matter what size pocket book you may have. Whether you’re a collector or investor, buying the right coins that appeal to both sides of the aisle is crucial. It’s important to remember, acquiring the right coins is methodical, and most of all, requires patience.

History of the New Orleans Mint

Louisiana came to be in 1803 when Napoleon sold the “Louisiana Purchase” for 15 million and demanded payment in U.S. Gold Coinage. By 1812, Louisiana was admitted to the Union as a slave state, and Robert Fulton’s steam-powered river boat made the first successful trip down the Mississippi.

America’s first gold rush was in the early 1800’s when large gold deposits were found from South and North Carolina into Georgia. In those days, raw gold had to be transported a dangerous month’s journey back to the Philadelphia Mint to be assayed and converted to gold coins. The southern frontier had few roads and many rivers to cross. Along the way, Indians, bandits and highway robbers were eager to steal the gold, many journeys losing its precious loads and the lives of those trying to protect it. Due to the danger of transporting the gold to Philadelphia, mining interests had lobbied Congress for Southern Branch mints for years. In 1838, the first branch mint office of the U.S. Mint opened in New Orleans.

To distinguish coins struck at the “Mother Mint” Philadelphia from New Orleans mint issues, every coin carried a distinctive “O” mint mark on the reverse of each coin. Only one year the mint mark was carried on the obverse, that was the coveted $2.5 quarter eagle of 1839 which was the very first coins struck from the New Orleans Mint. It was in this time, before the Civil War, that the New Orleans Mint began to strike gold coins, from 1839-1861, and were issued in extremely limited quantities. In midst of the Civil War, the southern Confederates took over the mint in New Orleans and not a single coin was minted from 1862 until 1879. Long after the Civil War, the mint reopened in 1879 and the famous “O” mint mark appeared again on official U.S. Gold coins from 1879-1909. Most years had mintages that were extremely low, with little interest in saving coins, and ultimately committed all coinage to circulation to be worn down and most lost throughout history.

Today, New Orleans gold coins of all dates are considered scarce to very rare. After the Civil War, the $10 Liberty Head gold piece was struck for only 16 years and $5 gold coins issued for only 4 years. Amazingly, the $20 Liberty was struck for only one year in 1879! During the same era, gold coins were minted by the millions in Philadelphia and San Francisco and stored in vaults. New Orleans issued gold coins were immediately released to banks, merchants, and the general public for circulation. All of these factors played into the number of surviving examples of many dates, making them very hard to find.

What Coins Should I Buy?

Being a historian may not be your strong suit, which leaves most people scratching their head on what coins to buy. First off, history and the stories shrouded around a mint, or even a date, plays a huge role in what many collectors desire most. When determining a coin’s value, the history is the most intriguing aspect, but most important, is the coin’s overall rarity. A coin’s rarity is based on mintage (how many coins were originally produced), its survival rate (number of examples still around today), and the grade (numerical grade assigned by third party grading service) of the coin. The numerical grade assigned is the most elementary aspect of buying coins and is easy to understand, the higher the grade, the rarer it becomes, for the date anyway. There are many determining factors to consider when buying rare coins. Paramount Rare Coin is well versed in U.S. Gold Coinage, we will give you the knowledge needed to help decision making easier and the comfort of knowing exactly what you have.

Paramount Rare Coin has an extensive background dealing in some of the finest examples of U.S. Gold Coinage. Of all the years in dealing in rare coins, southern branch mint issues have proven to be the strongest area of collecting and for good reason. The southern branch mints represent the mints opened in the southern parts of the U.S. during the gold rush that occurred in the early 1800’s, where large gold deposits were found in the southeastern part of the country. Due to dangerous transporting conditions, the Dahlonega Mint, Charlotte Mint and the New Orleans Mint were opened. The history, extremely low mintages, and todays low survival rates have made those mint issues the topic of conversation and possess all the qualities one looks for in rare gold coins.

The New Orleans Gold coins have proven to be a favorite among collectors and investors alike, with their low mintages and gaining the notoriety like the infamous Dahlonega and Charlotte gold coins enjoy today. As the population grows, and more people enter the rare coin market, the more emphasis is being placed on branch mint gold, decreasing the already very limited supply. Looking over the past twenty years, the New Orleans issues have seen price increases upwards of 300 percent and some even more. With recession looming from government trade wars, fiscal irresponsibility, high inflation rates, and global uncertainty, there is not a better time to own historical New Orleans gold coins. New Orleans gold coins have become some of the most triggered species of coins due to their extremely low mintages and miniscule survival rates.

In any given year, the entire mintage was committed to circulation and was used as money, with most being lost through history with none being preserved for the future. Unlike the Philadelphia and San Francisco issues where millions were produced, uncirculated examples are not challenging. Acquiring a New Orleans issue in an uncirculated condition is quite special. There are several years where an AU example (About Uncirculated) could take years to acquire. Collecting New Orleans gold coins can be quite challenging, but the satisfaction of assembling a New Orleans southern branch mint collection will most likely not be duplicated, making it a one of a kind. New Orleans gold coinage today is considered very under rated in relation to its sister mints, Dahlonega and Charlotte, and will become quite more expensive in the coming years. 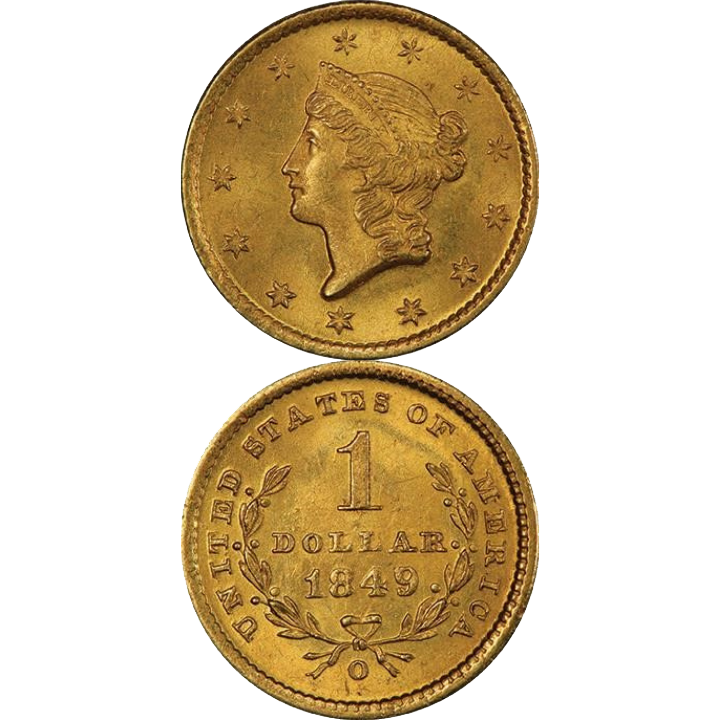 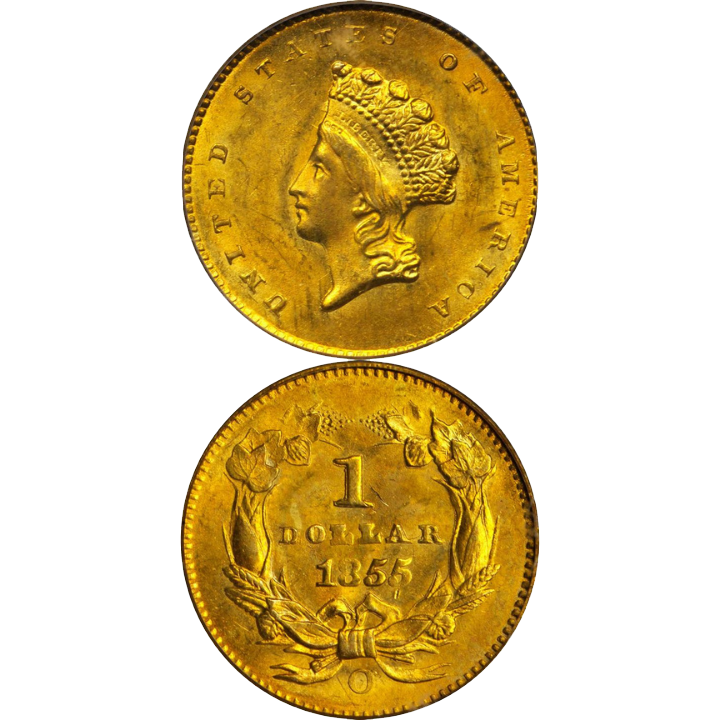 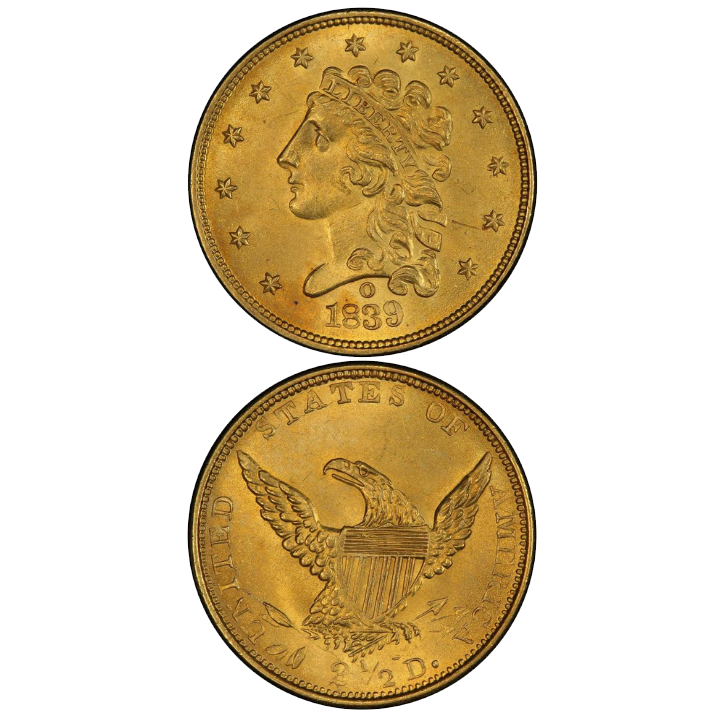 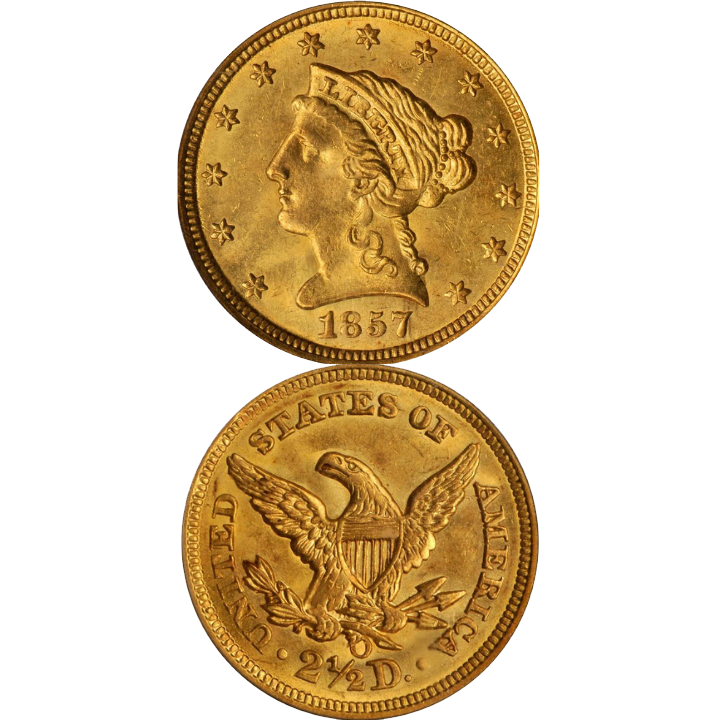 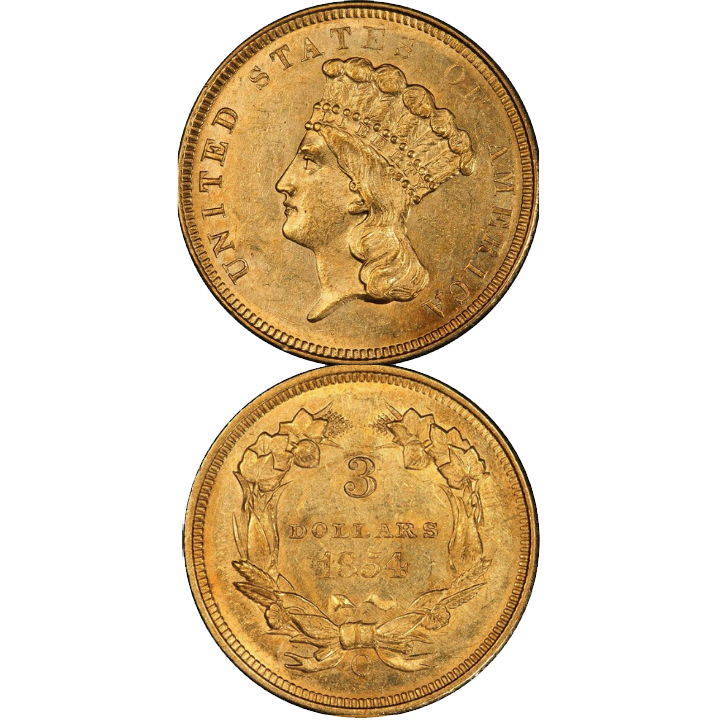 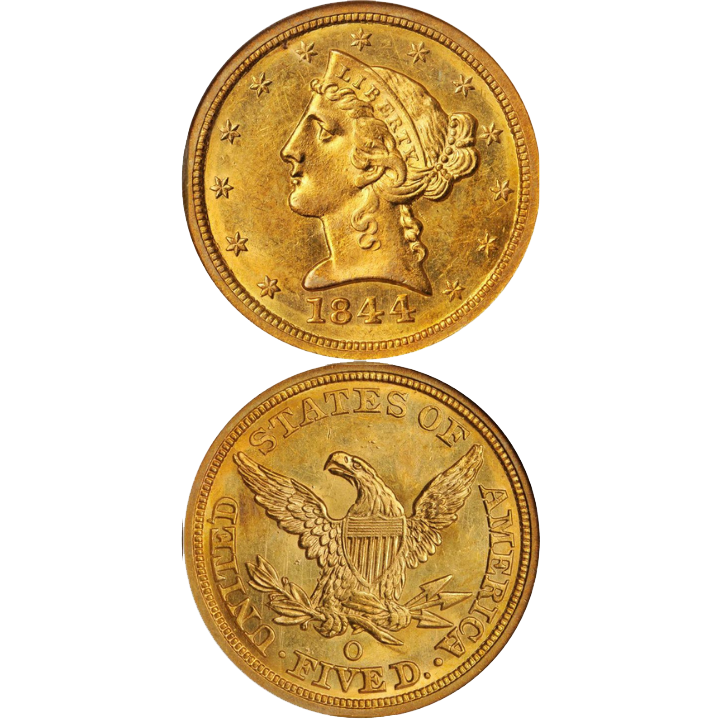 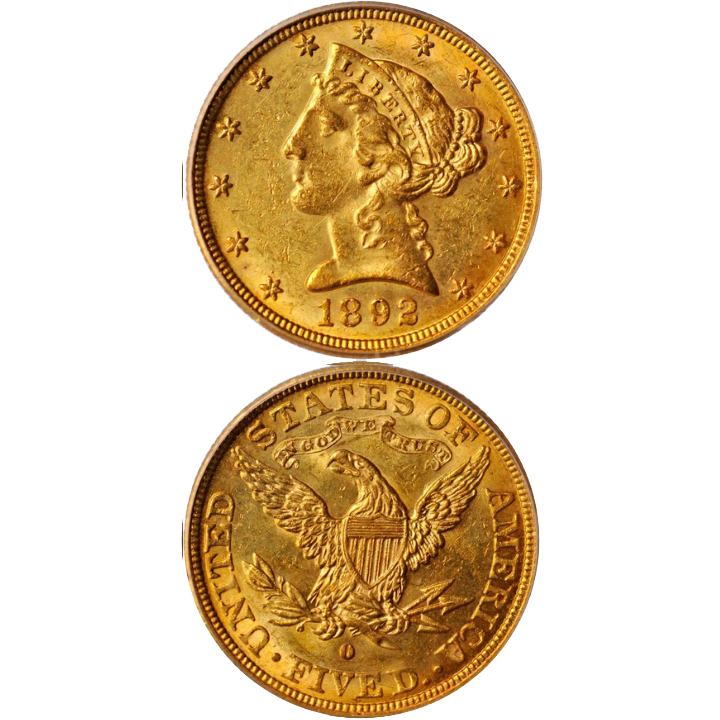 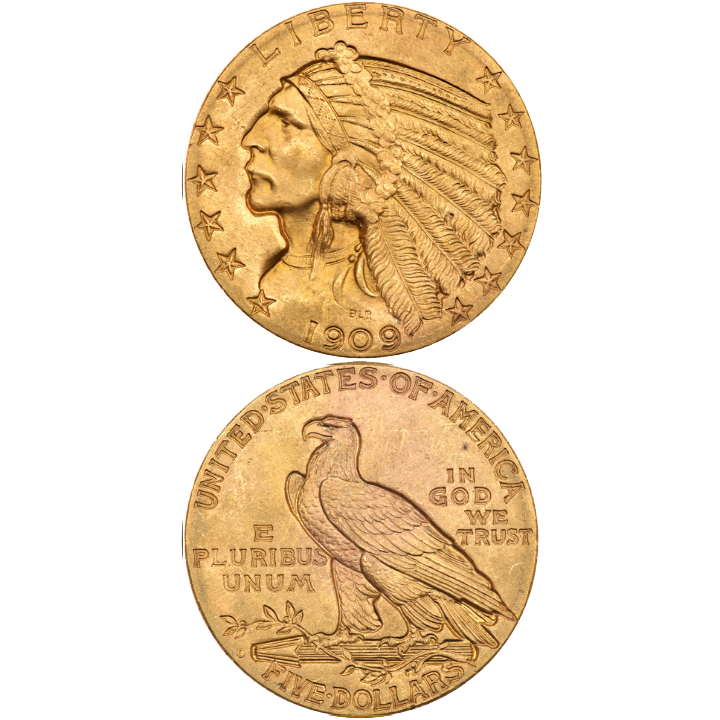 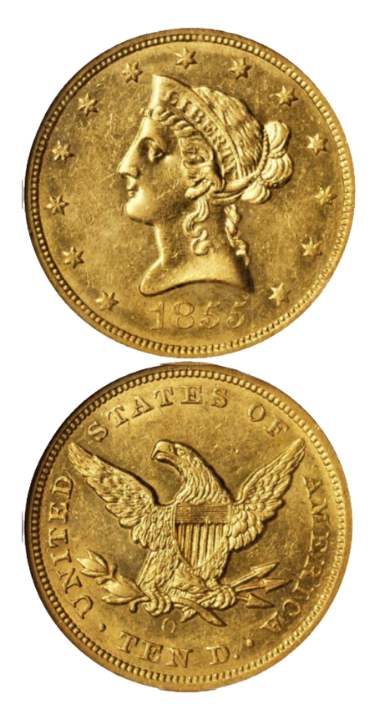 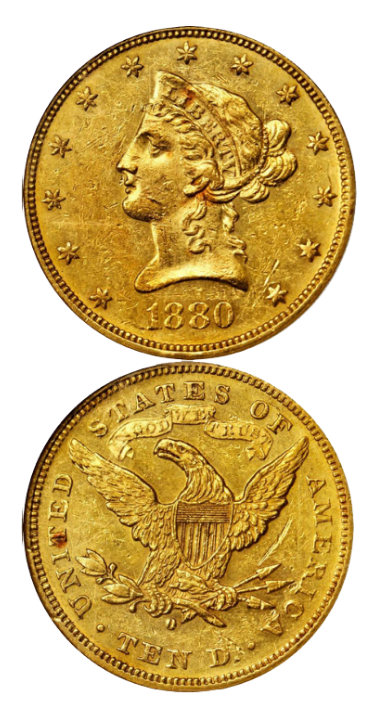 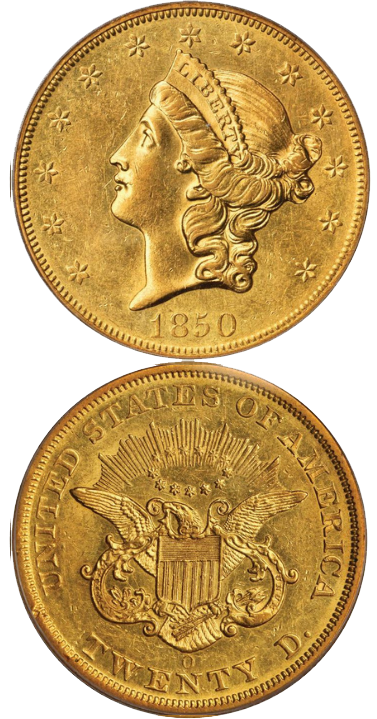 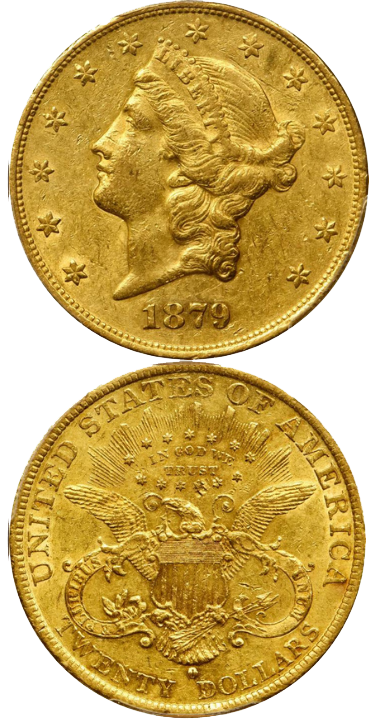